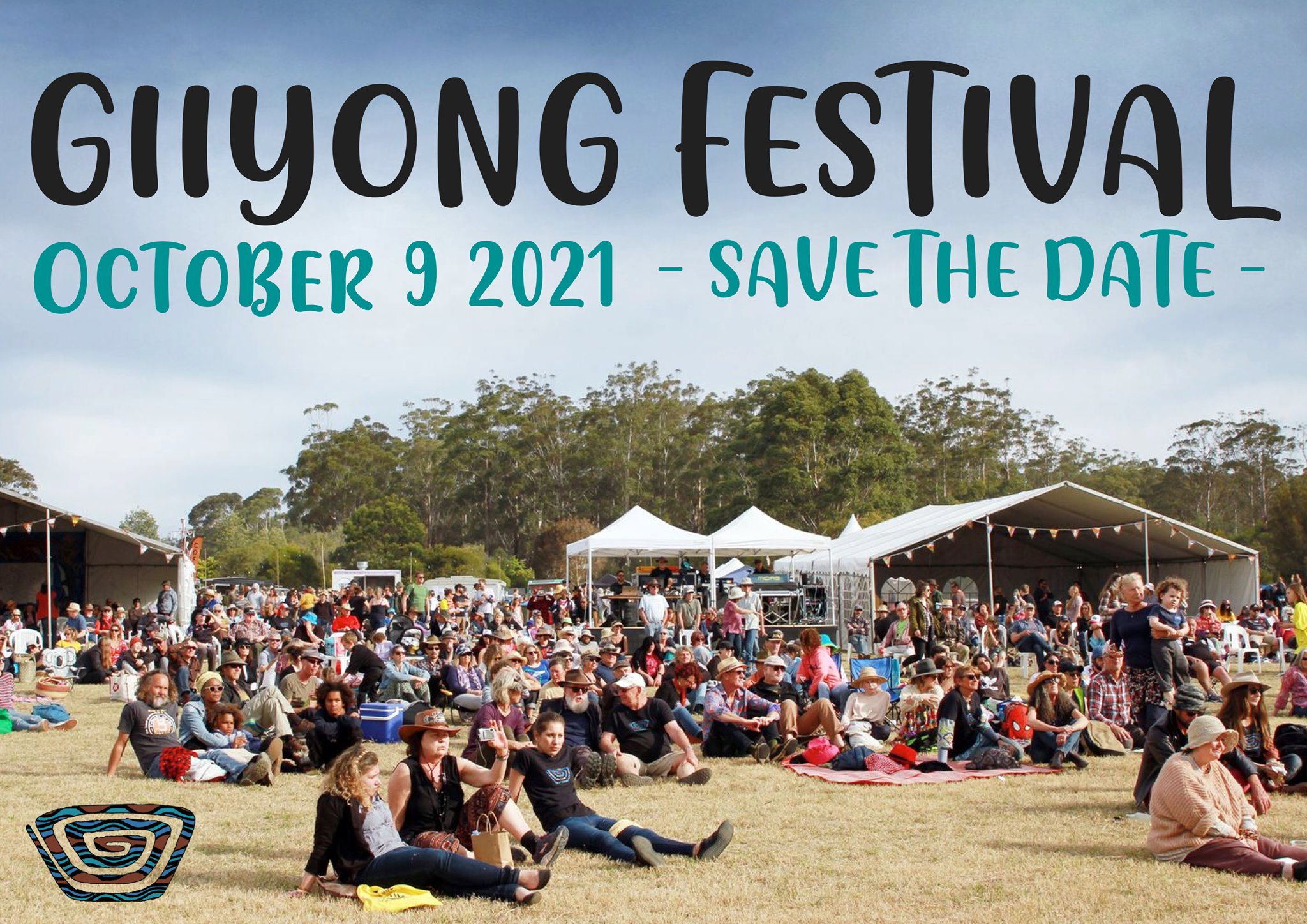 | The organisers of Giiyong Festival are saddened to announce that the biggest multi-arts Aboriginal festival in the Yuin Nation, planned for 9 October at Jigamy near Eden NSW, will not go ahead this year.
Due to the growing concern around the current COVID situation, Twofold Aboriginal Corporation and South East Arts have had to make this very difficult decision.
Alison Simpson, Manager of Cultural Inclusion at Twofold Aboriginal Corporation said, “Although we are disappointed about not being able to deliver Giiyong Festival this year, Twofold Aboriginal Corporation’s main interest is to keep our vulnerable community safe. Sharing culture through this festival is important to us and we will look for ways to keep connecting with the broader community over the coming months.”
Festival Project Manager, Jazz Williams from South East Arts says, “A great deal of thought has gone into the decision to cancel, with our primary objective being to keep our community and performers safe.”
“The amount of interest generated when we announced Giiyong Festival would be on in October was huge and we were expecting large crowds from all over NSW and further afield. Artists were travelling from around Australia and our own local artists were really keen to hit the stage.” Ms Williams said.
Ms Williams continued,  “The Giiyong Festival team is committed to celebrating and sharing Aboriginal culture. We are working towards an alternative to the 9 October event and we ask our supporters to keep following us on social media for updates and to spare a thought for artists all over the country right now who are dealing with daily cancellations.”

Stay up to date with Giiyong Festival news at www.giiyong.com.au